The convention kicks off early for board members.

After lunch it was the Chapters/Board meeting.

The evening kicked off with a swanky reception.

There was new SACC merchandise available.

Here's another view of the reception-goers.

Each morning the members were treated to a continental
breakfast in the hospitality room.  Mary Rae Brockhouse
and Gerri Hollada made sure that everyone had pastries,
fresh fruit, orange juice, cereal, milk, and of course plenty of
fresh hot coffee.

Here are some of the ones enjoying their breakfast.

This is the other half of the hospitality room.

Now fast forward a couple of hours.  This is our Memphis musical tour bus.
Seated a bit higher on the left is Katherine, our tour guide who sang and played acoustic guitar.

It was a fun and educational tour.

Here's a view of the happy tourists as seen
from the front of the bus.

Here is where Elvis recorded.

We stopped at the Memphis Rock and Soul Museum for
an educational and enjoyable tour.  This was right at
Beale Street.

And here is our singing and guitar playing tour guide'
Katherine.

After the museum tour we elected to visit Beale Street.  But it is
obvious that some from the Red River Chapter grabbed a
table before us.  (L to R)  Bill Preston, Chapter advisor, Tom Lainson, Chapter President, and Diane Preston, Chapter newsletter editor.

Road tour to Graceland!  Here you see the cars lined up
for the police escort road caravan to Graceland.

As you can see, we had covered parking garage parking.

Here's my view of the convoy.  Leading the parade was
Memphis Police Department's Lt. Parker.

After leaving the interstate, we were on Elvis Presley Boulevard.

Our staging area was the Employee Parking Lot.

Then it was time to enter the Graceland gate and drive up the lane for a photo in front of Graceland.

It will be hard to top this.

We toured the mansion interior and the grounds.
Here you see the memorial garden.

Here are some of the cars that were photographed.

Floppy axles were invited, too.

Then we had a buffet dinner at the Elvis Car Museum.

And here is the '55 Caddy that Elvis gave his Momma.

We also toured the airplanes.

Here's part of the interior of the bigger plane.

It wasn't all theoretical, he brought the parts to show. 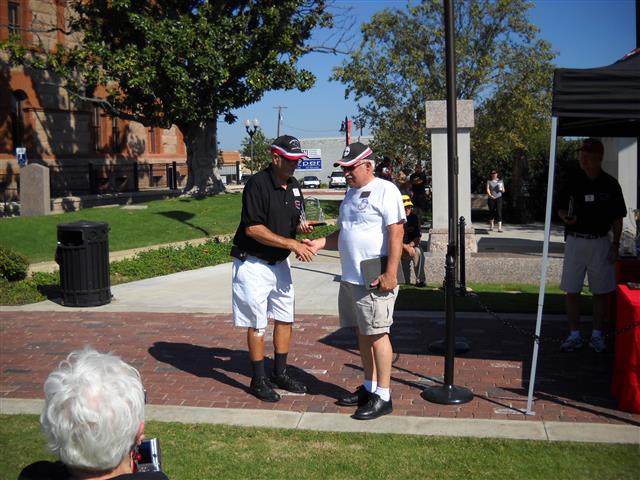 Next Joe Trybulec gave a presentation of the discovery of the
1957 Nassau Corvette #15 race car which introduced fuel
injection.

Tom Hill, lead engineer at the Assembly Plant, described
the new innovations and features of the C7.  He brought a C7
to the convention. 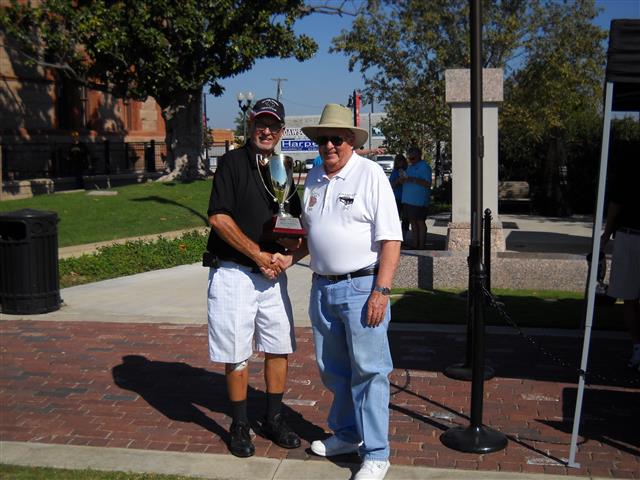 It was a relaxed, informal look-see for the SACC members.

Then when we went up to ground level, and when Tom Gamach
parked next to the C7, it turned historic.  It was 60 years of Corvette
on display there at the Crowne Plaza.

It was winter and summer fashions.

South of the border skirt and jacket.

Here are the models and the Producer/Master of Ceremonies.

SACC President Max Brockhouse was the Master of Ceremonies at
the banquet and presided over the Annual Membership Meeting.  Mary
Rae Brockhouse did the convention planning and managed the events.

They did a great job.

So it was a great convention...I learned things and had a great time, and I think all the others attending did, also.