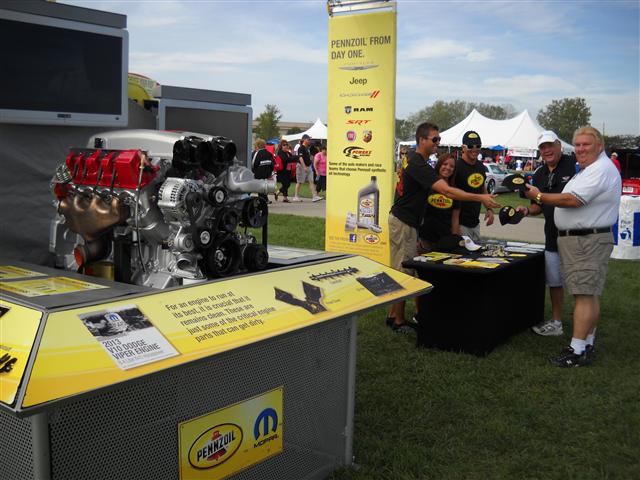 The Solid Axles start to roll
in for the 2010 convention.

Registration gets under way.

He was right!  Looks like all
Corvettes are red.

There was a nice opening evening reception in the lobby of the University Holiday Inn.

Roger Hulsander from the Carolinas Chapter arrived in style.

Fred Rice cleans a speck from his silver blue '58 with the Mercedes Navy Blue top.

The tire-kicking and ratchet-
jawing went on into the night.

Bird's eye view of some of the cars in the hotel parking lot.

This will give you an idea of how far we will go to get a good picture to keep the members informed.  This was atop the 7th floor of the hotel.  Not for those who are bothered by heights.

Nick and Brenda Gristina put the finishing touches on the white '59 fuelie they have had for 8 years.

SACC president Max Brockhouse calls for a driver's meeting before the road trip.

I rode shotgun with SACC Treasurer Bill Herron in his '57.

Me and Bill head out on the road trip to the Corvette Assembly Plant.

And here we are at the plant parking area for visitors.

Bill is a spirited driver.

Next stop, the National Corvette Museum.  SACC member Dr. Frank Spikes built the model of the Corvette ship that was given to the museum by our club.  Above Dr Frank's model is a picture of the ship.

Some of our members are seen enjoying one of the many displays at the museum.

Founding SACC President Noland Adams is in the Hall of Fame.

Jim and Sharon Clayton from Illinois pose while drivers are getting their information for the day's road tours.

Jim Van Dorn brings us up to date on Bowling Green and Corvette happenings in general.

Meanwhile, there was a shopping trip that included a visit to the Hobson House.

After the session at Jim Van Dorn's, we head over to Culver's for lunch.  Special parking for us.

Fast forward to the banquet.  Your favorite website editor played the cocktail hour.

Then it was fine dining.

Then Moore and Moore entertained.  As you can see they had help from one of our members.  Playing guitar and singing was Sage Keffer.

Oh, yes, and as you can see by the banner, the convention was in Central Great Rivers territory.

The membership meeting was called to order by SACC President Max Brockhouse.

This isn't the best picture, but this is SACC VP Brad Bean previewing the 2011 Convention to be held in Florida.

There was an optional bus tour to Nashville.  We rode in style, had a city tour, dinner at the Nashville Nightlife Dinner Theater, then Grand Ol Opry show held at the historic Ryman Auditoreum.

Nothing like standing right on top of Nashville.  Long story.

That's a summary of the 2010 SACC Convention.  Make your plans for the 2011 Convention to be held this January in Kissimmee, FL.